On Winning the First Annual OnGo Awards – With Thanks and Gratitude 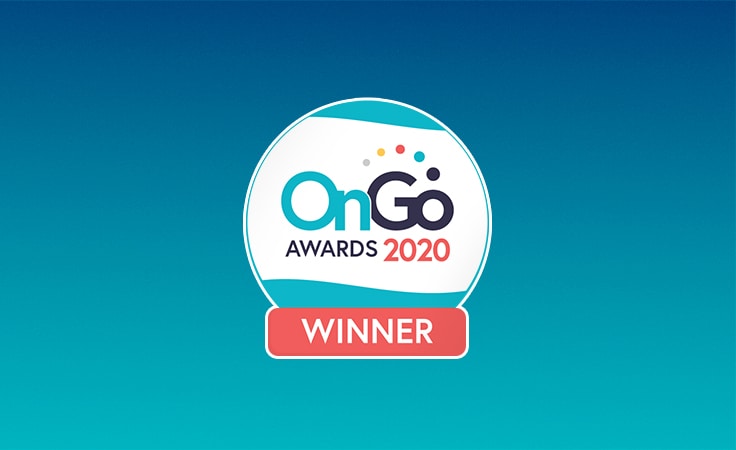 As a founding member of the CBRS Alliance, now the OnGo Alliance, it is with special pride and sense of honor that we accepted two of the inaugural OnGo Awards this week. The new awards were designed to recognize industry innovation in delivering CBRS solutions and to highlight the market impact of sharing spectrum in the 3.5 GHz band. We won the awards for Excellence in OnGo Operator Deployment and the Judge’s Choice Award.

For Operator Excellence, we were pleased to submit and win the award on behalf of our customer Verizon and our partner Samsung. We thought it was important for Verizon to be recognized for their pioneering shared spectrum vision. Some operators like to wait for others to lead the way and then quickly follow. Not Verizon. It took a visionary like Verizon to understand the value that OnGo could bring to their network and their customers. They joined the CBRS Alliance in the early days, helping to shape the technology model and ecosystem. Verizon trialed their LTE Advanced capability with carrier aggregation over CBRS as far back as 2017, tying together transmissions in the CBRS band with transmissions in their other licensed spectrum bands. These early successful trials showed that adding CBRS shared spectrum to their portfolio could offer higher network capacity, and ultimately, higher speeds to their customers.

By the time they started Initial Commercial Deployment in September 2019, Verizon was already developing an expanded vision for how the role of CBRS might evolve in their industry-leading network. They were exploring how CBRS could be combined with 5G and edge computing to deliver enterprise private wireless networks that remain under the control of the enterprise but also allow Verizon customers to roam onto the public network when they’re in range. Verizon chose Samsung as one of the access point providers to round out the solution with sleekly designed radios that offer a smooth migration path to 5G through a software upgrade.

Then there is the Judge’s Choice Award. This is the category where the panel of judges used their discretion to choose a best-in-class winner – someone who in their eyes had a substantive overall impact to the shared spectrum market. Led by Joe Madden from Mobile Experts, the esteemed panel of independent judges included Gabriel Brown from Heavy Reading, Iain Gillott from iGR; Ken Rehbehn from OMDIA; Mark Lowenstein at Mobile Ecosystem, and Monica Paolini at Senza Fili.

As Joe mentioned while introducing the award, in 20 years the global wireless industry will note 2020 as the year that we changed to shared spectrum, freeing up a previously unimaginable amount of new spectrum for 5G, 6G and beyond. In that context, we are deeply honored to receive the first annual OnGo Judge’s Choice award for having the greatest impact on the industry as a whole. Joe mentioned several factors that went into the decision, including helping OnGo get off the ground as a technology and brand, providing block and tackle on the foundational technology that includes a trusted and secure Environmental Sensing Capability network for detecting and dynamically reacting to Naval radar, developing and deploying innovative business models to take full advantage of the new spectrum, and setting the stage for moving forward with Cloud players like AWS and Microsoft to simplify the deployment of Enterprise private wireless networks.

From day one Federated Wireless has been focused on removing friction for our partners and our customers, and we are indebted to them for their trust and support over the years. We knew that the ecosystem had to be nourished in order for shared spectrum to flourish. We turned a vision into reality, and we continue to do so every day. The entire team feels proud and privileged to receive this industry recognition for our efforts.

About the author / Kurt Schaubach

Kurt Schaubach brings 25 years of wireless industry experience to Federated Wireless where he plays a key role in developing technologies and new business strategies to create the next-generation architecture of broadband wireless.